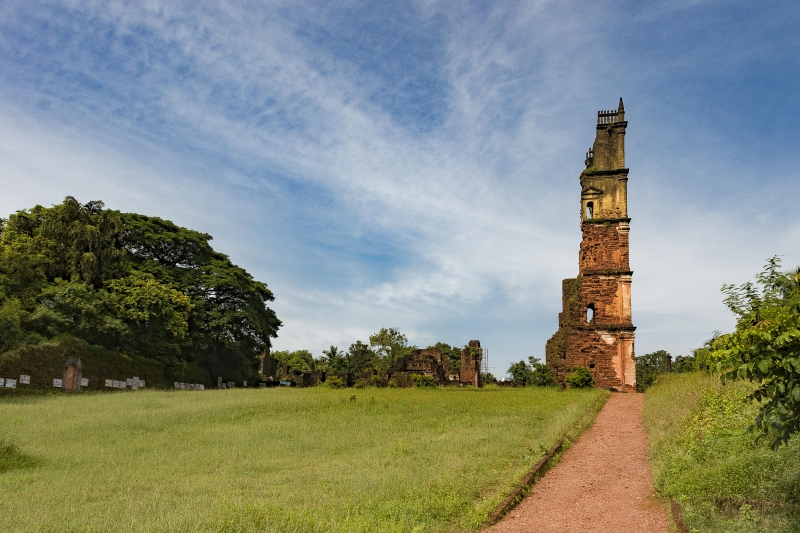 St. Augustine’s Church was built by twelve Augustines against oppressive restrictions and opposition. Along with the church, he also built a building for Gurukul. The 46 meter tall tower had a magnificent bell which was later removed and transferred to the Church of Our Lady of the Immaculate Conception where it is still functioning today. The church had four towers. Of which only one was left. The remaining tower is a four-story structure. It is laterite and is 46 meters high. In the early days the church had four altars, eight prayer halls and a gurukula.

Today only the tower and the obverse of the church are left in this church. The rear of the church has become ruins. Despite this, St. Augustine’s Church attracts thousands of tourists every year and the grandeur of its glorious days is almost over. Much of the decline of the church took place during 1900 which led to differences among various religious groups. St. Augustine Church is located in South Goa and can be reached by bus, auto riksha or also cab from various cities like Panaji, Vasco da Gama and Madgaon.