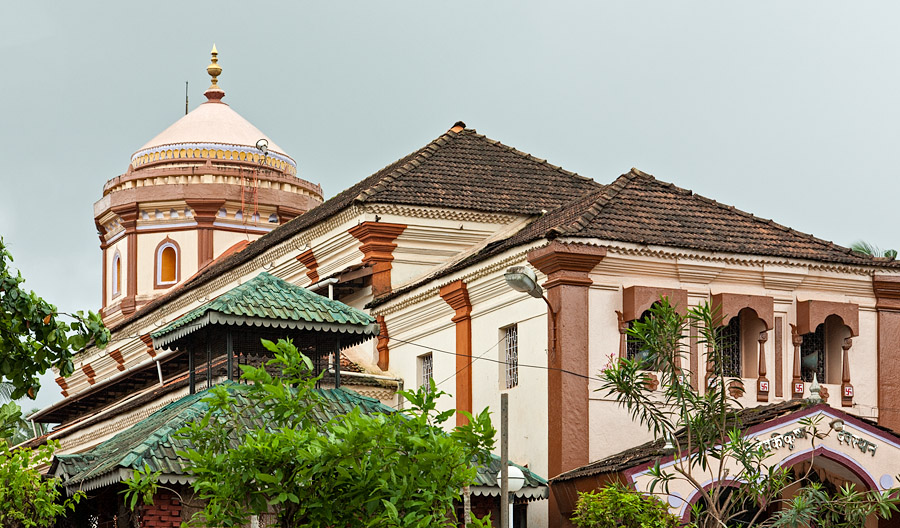 Mashel, also known as Mahashaila, Devaki Krishna Temple Goa in the village is very unique and beautiful. The temple symbolizes the spirit of motherhood, where Devaki’s mother holds her son Krishna in her arms. Devaki Krishna temple was originally located on the island of Sharwa. Which was earlier known as Chudamani. According to the anecdote, it is said that when Vasco de Gama first visited this temple. He then worshiped Devaki’s mother and Krishna as the idol of Mother Mary. But when he came to know the truth, he became very angry. Devakikrishna Sharava was the principal deity of the island. Shigmotsav started here only after invoking this deity.

This temple was first shifted from Sharav to Maye, which is located near Bicholi. Then moved this temple to the present location Marshall. Established Devaki Krishna temple in Marshall in 1842. To the left of the Sri Devakrishna Temple is the Ravalnath Temple. Ravalnath is the also temple of Shiv ji. Most of the temples in Goa belong to the Shiva-Shakta sect, so the history of This temple is quite interesting. Established this temple during the Bhakti period. Which was at its peak during the medieval period. Poets of this period tried to keep the Hindu religion alive through devotional poetry.

The legend of Devaki Krishna Temple takes you back to the Mahabharata period. When Krishna and Balarama were at war with Jarasandha on Mount Gomanchal. Then distraught Devaki’s mother went to Mount Gomanchal to see her son. But because Devaki’s mother knew Krishna as a child, she could not recognize Krishna. For this reason, Krishna again took the form of a child for him and Devaki’s mother lifted him into her lap. Since then, they have been worshiped here.