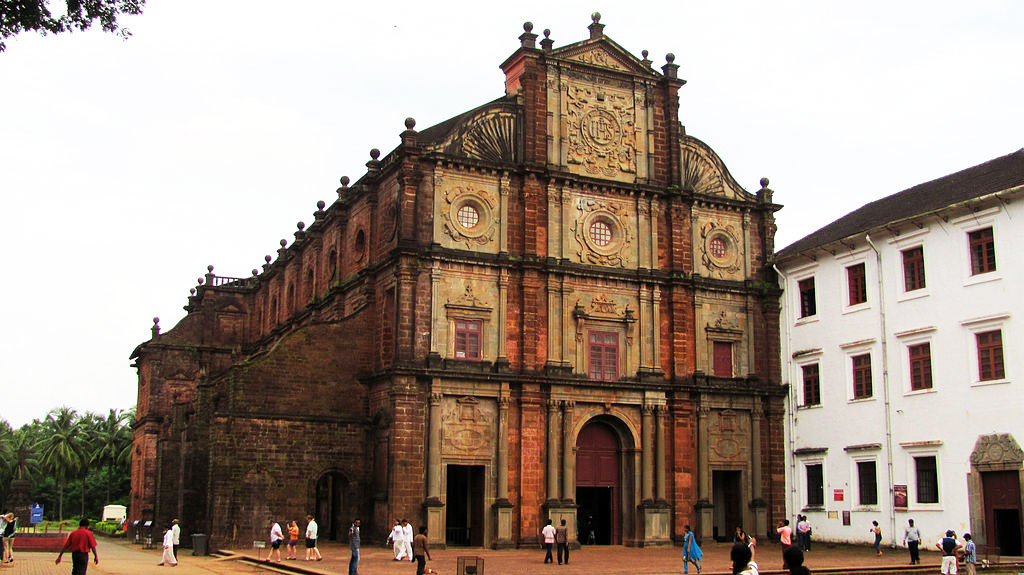 On the east side of Panaji, the old Goa town has settled with the Mandovi river at a distance of 10 kms. Where there are some great cathedrals of India. Among these are the most popular and most respected churches. This is Basilica of Bom Jesus Goa. The Basilica dedicated to the infant Jesus has now been declared a Global Heritage Memorial. Bom Jesus means child Jesus or Also good Jesus. Catheris of the famous 16th Century Katharl is India’s first smallest adult basilica in the Catholic world. Another This is the best example of baroque architecture in India.

This beautiful structure, which has a white marble and decorated with murals and interior crafts. In Basilica, Saint Francis Xavier has a sacred relic, which was the patron saint of Goa and he died in 1552. According to his wish, his last remains should be brought to Goa after his death. It is said that when brought here, the body of a saint was as fresh as it was found in keeping it in the shroud. This amazing miracle event attracts people from all corners of the globe. The philosophy of their body is done once in every decade. When religious travelers can come and see it.

It is believed that the saint had miraculous power to wound healing. People from all over the world come here and pray here. The silver casket is brought down only once to show people, the last time it was shown in 2004. Visitors come here deep into spirituality and the magic of this place. Every year thousands of people visit this cathedral. Especially during the month of December. The importance of Goa Darshan is incomplete without seeing Basilica.