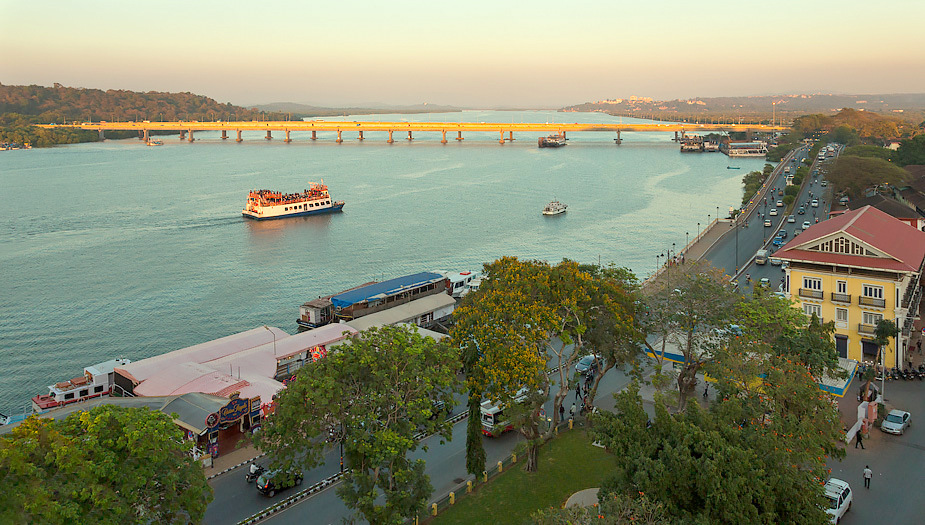 It also known as Panjim. It is the capital of Goa, India’s western province. Panaji lies in the northern Goa district, on the banks of the mouth of the Mandovi river. Another Panaji Goa, with a population of 114,405 metropolitan population, is Goa’s third largest city after Vasodigama and Madgaon. Also Panaji means, It is “never flooding” land. It is, the capital of Goa and the northern Goa district, the headquarters of a small and charming city on the left bank of Mandovi river, modern houses with well-built houses in the Latin style, well-laid gardens, statues and pathways Golmohar stands, With Acassia and other trees. Also The main intersection, architecture, church on beautiful villa.

The heart of the city is the Praça da Igreja (Church Square). Other tourist attractions, old and rebuilt include the Adilshahi Palace dating from the 16th century. Also The Chanes of the Menezes Braganza Institute and Central Library, Mahalaxmi Temple, Jama Masjid Mosque, As well as the beach near Miramar. Other tourist attractions include the Old and Adilshahi Palace, dating from the 16th century, the Menezes Braganza Institute. And the Central Library, the Mahalaxmi Temple, the Jama Masjid Mosque, Church of St. Sebastian and Fontainhas.